YEAR OF THE TIGER - Sample Chapter 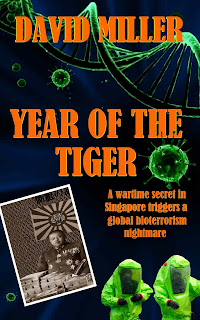 David Miller worked as a police investigator in Singapore for eight years before beginning his writing career first as a newspaper correspondent and later as a managing editor for a stable of magazines. Over the years he has written several commercial books for both the public and private sectors.
His first novel Year of the Tiger was launched in 2012 followed by Advent a year later. Agenda published in 2022 completes the trilogy.
The writer has also published two non-fiction novels in 2014 – Bahau, the Elephant & the Ham and DutyBound.
MEDIA REPORTS